» It is the work of a sculptor and a painter that is almost free from sculpting or painting. More specifically, it is work that could be described as that of a portraitist who never represents. In his work, Ian Kiaer tells stories and evokes figures, those of Claude-Nicolas Ledoux, Konstantin Melnikov, Curzio Malaparte, Friedrich Kiesler, Bruno Taut or Paul Scheerbart. He makes no secret of these historical study subjects to which he is durably attached.
However, rather than constructing a narrative to invoke them, he lays out, places, and disperses a network of arranged objects, objects which do not refer to the accepted knowledge of their subjects in the manner of a rebus, but instead propose a constellation of allusions or hypotheses. «

Excerpt from: François Piron, The Termite and The White Elephant, in: Ian Kiaer, Endnote, tooth, Paris/London/Berlin, 2020 (to be published)

Kiaer’s series of works Arretche stems from the time when he was invited to participate in the Biennial in Rennes, France. For this project, Kiaer was preoccupied with buildings by the French architect Louis Arretche (1905–1991) who did most of his building in Rennes, such as the Centre de la télécommunications, La Mabilais.

Continuing topics from his previous project Quick City, Kiaer‘s installation Endnote ping, (J-L Cheret) is on the same thematic lines concerning the contemporary philosopher Michael Marder. The small image is from a model made by Jean-Louis Chéret, a 19th century French landscape painter and scenic artist for La Favorite, an opera by Gaetano Donizetti staged in 1875. The image suggests an awareness of tropical plant life that had been made sustainable in Europe through the arrival of new glass-house technology in the mid-19th century. Kiaer combines theatre set models with architectural models, with the notion that plant life is a prompt for radical architecture.
The project’s title Endnote, ping is taken from Samuel Beckett’s short story Ping published in 1966, that alludes to an embodied space where repeated words defy a linear reading in favour of something more spatial, material and rhythmic. 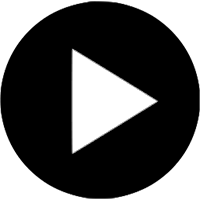 The intense bright yellow painting and the whitish painting with plexiglass from the Quick City project show the interior of a tropical glass house with plants. Kiaer follows the thinking of the contemporary philosopher Michael Marder and reflects on what he says about plant empathy. Alongside Marder’s thinking on plants, Kiaer refers to 1970s Californian architecture, in particular the experimental and temporary structures of Peter de Bretteville et al..

» I find the question of chromatic colour problematic and equally the notion of a palette with its implied mixing of hues. I don’t feel I have an interest in a formal approach that, for instance, attempts to adjust ‘a red to a blue’, nor do I think of colour in a symbolic sense. I suppose I’m concerned with the underlying timbre that a colour might convey, or the possibility of prompting particular associations or memories, like a feeling of decay – that something is somehow ‘off ’. It can be why I’m interested in bringing together colours that are almost but not quite the same, as if they are jointly working to pin down a feeling that is quite precise in its monochromatic insistence.
I also want to avoid thinking of colour separately from the material that carries it. For me a pink isn’t just a colour. A plastic, dirty, material pink that has had a previous life brings one thing to the work while, alternatively, a completely fresh, shiny, cosmetic pink can speak of something more glamorous. This relation of colour to substance determines how colour is manifest. A block of blue Styrofoam can suggest something of nature, like sky or water, while also remaining resolutely synthetic. «

Excerpt from: Painting as a Model. In Conversation with Christiane Rekade, in: Ian Kiaer, Endnote, tooth, Paris/London/Berlin, 2020 (to be published)

Utopian ideas of architects and the tragic ending of their careers in connection with political changes are a recurring subject in Kiaer‘s work. Aside from his preoccupation with ideas and concepts of the 18th century French architect Claude-Nicolas Ledoux (1736–1806), whose career has been intermitted by the French Revolution and whose visionary, utopian ideas were born while being in prison, Kiaer studied the work and thinking of the Russian avant-garde architect and painter Konstantin Melnikov (1890–1974). Melnikov‘s career as an architect ended in the early 1930s when he refused to conform to the Stalinist architecture. From then on, he lived in his building – the Melnikov house – and worked as a painter until his death.

» Melnikov is exemplary according to Kiaer in part because, in his private studio constructed like a fortress tower, he returned from architecture to painting after the announced end of painting. What would it be to make a painting after painting that would not be a return to what painting was before its purported end? Around the time Malevich was making paintings that effaced the past in the name of a radicaI new beginning, Marcel Duchamp was taking existing objects and designating them as readymade artworks. For Kiaer, to make a painting after painting is to make a painting as a readymade – to take an already existing piece of fabric and pin it to a stretcher, for example, or to hang a piece of card. Just as Duchamp altered his readymades, so Kiaer will sometimes add paint or some faint drawing to those surfaces that already constitute paintings before he begins to work on them. «